The craftsman of tomorrow, the maestro of the graphic image, the King of the drawn line… Jack Kirby is responsible for so many wonderful and outrageous creations throughout the long history of the comic book medium. If you ever read Adventures of Kavalier & Klay, Kirby’s life is a large part of the inspiration of that book (and far more interesting).

Crystal Skillman and Fred Van Lente have created a play honoring Jack Kirby… but they need our help to make it a reality.

The hysterical and heartbreaking true story of artist Jack Kirby, “the King of the Comics,” at the 2014 Comic Book Theater Festival

KING KIRBY is a play by the husband-and-wife team of New York Times bestselling comics writer Fred Van Lente and NYIT award-winning playwright Crystal Skillman about the life and times of Jack Kirby, the great comic book artist who created or co-created some of your favorite heroes on the page and screen, Captain America, the Avengers, Thor, Fantastic Four, the X-Men, Iron Man, Young Romance, the New Gods, Darkseid, The Demon… the list goes on and on.

From the Jewish ghetto of New York’s Lower East Side to the battlefields of France to the Senate hearings of 1950s, this is a hysterical and heartbreaking story about a man who pours his quintessentially Twentieth Century life into his comics, only to make the fateful mistake that sends him into obscurity while his creations become known to every person on Earth.

A real-life “Adventures of Kavalier & Klay”, King Kirby asks what happens when an artist doesn’t own his own legacy? Can he ever get it back?

King Kirby has been a long-term passion project of Fred’s; with Crystal’s help, it’s down on paper. Now, with your help, we’ll bring this astounding true story to life on stage. 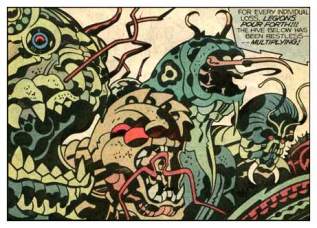 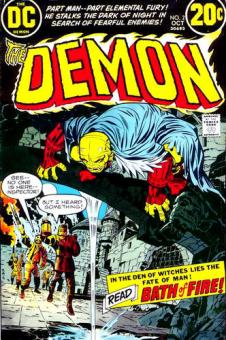 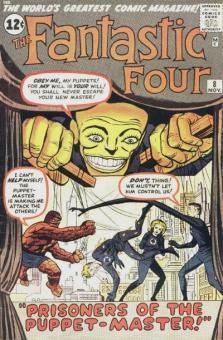 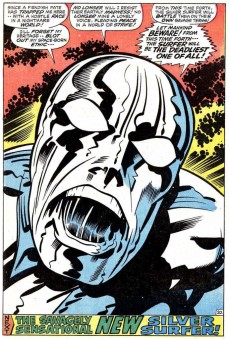 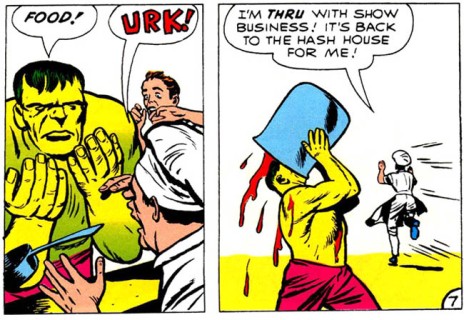 From Captain America to Fighting American to Black Magic and more, the knock out team of Joe Simon and Jack Kirby have blazed a trail of innovation and genius throughout the realm of the comic book medium. Many of these stories have been unavailable to most, only printed in hard to find and out of print editions, until now.

Via TalesofWonder:
It was a very long time coming – it was originally scheduled to be published in early 2012 – but The Simon and Kirby Library: Science Fiction [Titan Books; $49.95] was worth the wait. The beautifully-made 362-page hardcover collects over 300 pages of comics rarities, including a handful of 1960s stories drawn by Reed Crandall, Al Williamson, Angelo Torres, Roy G, Krenkel and Wally Wood. The book is a tribute to Joe Simon and Jack Kirby’s love of science fiction with clever surprises and staggering concepts on page after page.

From the 1940s, we get Solar Patrol, Solar Legion and the amazing Blue Bolt. The first two are basically cops in space, the third is a wild mash-up of Flash Gordon and super-heroes that leaps off the page with its frantic action.

The 1950s offer mostly done-in-one stories. Some are delightful, some exhibit the grimness of that decade. Well-read comics buffs will get a kick out of seeing Kirby play with ideas that he would revisit in the 1960s to great effect, ideas like Kamandi and Metron of the New Gods.

In the 1960s, Kirby almost – almost – takes a back seat to fellow science fiction aficionados like Williamson and Wood. Their tales were bought and edited by Simon during his days packaging material for Harvey Comics. There’s even a very early story written by the legendary Archie Goodwin.

Finally, if all that weren’t enough, the book concludes with a pair of treatments for unrealized series by Simon, Kirby and the always exceptional Jerry Grandenetti. The book is a sheer delight, well worth its cost. I recommend it. 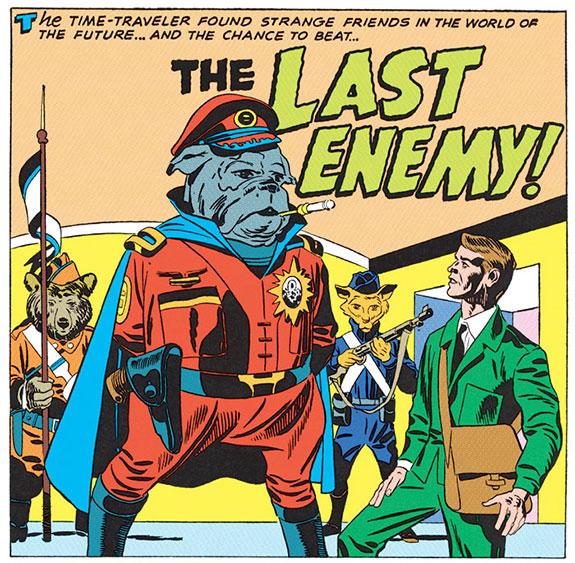 A cryptic promotional image by Alex Ross has been released on the comic book reading public without any conformation as to what it could mean aside from a new project from Dynamite Entertainment. 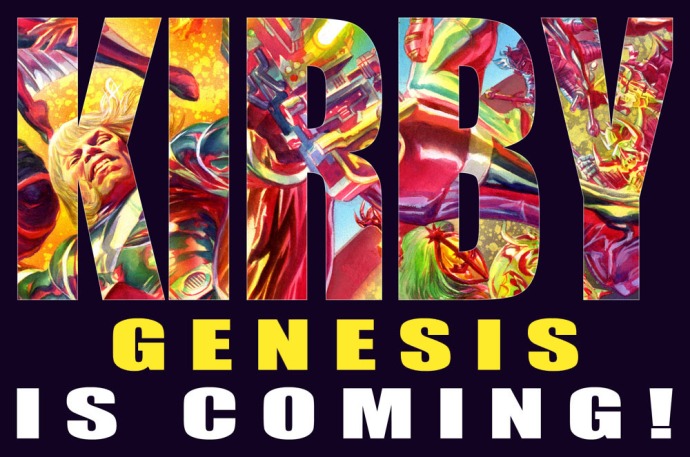 As it happens, this weekend I tapped into my stack of Kirby material and drew out an issue of Captain Victory and the Galactic Rangers, an explosive science fiction action comic published in 1981 by Pacific Comics who bears a striking similarity to Ross’s character in the Genesis image.

In the 80’s, it seemed that Jack had been bitten by the creative bug as several new characters sprang forth from his drawing table. The story of a crew of lawmen policing the space-ways led by the brave Captain Victory was in much the same vein as Kirby’s other works such as Kamandi. Captain Victory and the Galactic Rangers remains highly regarded by fans of King Kirby’s work, but passed many by, due in part to the poor print quality and distribution at the time.

The character of Captain Victory is actually tied into that if the New Gods which explains the fact that he is a dead ringer for fellow page boy haircut sufferer Orion. This would also explain Genesis as the main title of the promo image. I’m not sure what the legal implications are of using similar plot ideas to the New Gods, however, so that connection may not be retained in a revamped version.

It has been rumored that Dynamite has plans to publish a full line of Kirby creations not owned by DC Comics or Marvel, which would include Captain Victory in addition to several others such as Silver Star. A deluxe hardcover edition was intended to be published by Image Comics (which would surely increase Captain Victory’s exposure), but to date, nothing has surfaced.  If Dynamite now owns the the Pacific Comics Kirby heroes, maybe a collection is forthcoming.

More as it comes.

The die has been cast… in a recent editorial by DC EIC, Dan Didio the statement was made that Mister Miracle and Big Barda are not long for the primary-colored comic book world.

Last week, a second roll was added to that casting as Jim Starlin was announced as the writer of the new DC Comics mega-event mini-series spinning wildly out of DC’s current mega-event series Countdown… ‘The Death of the New Gods.‘

Promising to answer all of the deeply burning questions that very longtime readers of Jack Kirby’s Fourth World comics have posed, writer Starlin does say that many fans will be outraged at the answers. Jim Starlin is no stranger to cosmic stories (he worked for Marvel Comics on Captain Marvel and Warlock), nor to the New Gods (he penned the ‘Cosmic Odyssey’ series drawn by Hellboy creator Mike Mignola)… yet after I’ve read about his plans… I got worry.

On the surface, this appears to be another nail in the coffin of Kirby ideas. Starlin feels that recent attempts to better utilize the New Gods have done more harm than good (John Byrne’s Fourth World series? Walt Simonson’s Orion the Hunter?… bad??) and this death will be a ‘mercy killing’… of all of the them.

Orion: The Gates of Apokolips