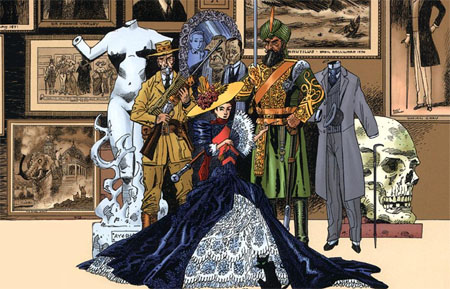 This week, a fan crafted an impressive animation of a version more in keeping with the feel of the comic. And it is wonderful.

Via io9:
Forget the unnecessary addition of Tom Sawyer and the other departures from Alan Moore and Kevin O’Neill’s comics. Florian Liedtke imagines a title sequence for a different League Of Extraordinary Gentlemen movie taken straight from the comics, with a revamped cast.

Liedtke made his dream League Of Extraordinary Gentlemen title sequence for a university project, and the moody motion comic style works well here. Plus, we just want to see Charles Dance in everything.

(Video and image via BleedingCool) On Kevin Smith’s radio show, Grant Morrison discusses why Alan Moore’s The Killing Joke is important… because Batman kills the Joker at the end. (unnecessary foul language… because it’s Kevin Smith, I guess) Like many guys my age into comic books, I got this way back when it was first printed and even met Brian Bolland and got him to sign the thing. But I never interpreted the last few panels as Batman killing the Joker. Apparently this discussion was going on back in the day but via word of mouth rather than on the non-existent internet chat rooms and in blogs (like this one).

When it was first printed, it was clear that this was not a story set within continuity. The level of violence and disturbing imagery was so outside of the norm that it was clear how this was a story that could not exist in the same world as the Batman monthly books. However, since the events have been enveloped into continuity such as the Joker crippling Barbara Gordon, that line has become blurred. Of course the tone of the monthly DC comics has also changed so that questioning this story’s placement in continuity seems absurd. Therefore, Batman could not have killed the Joker, right?

But look at the evidence… 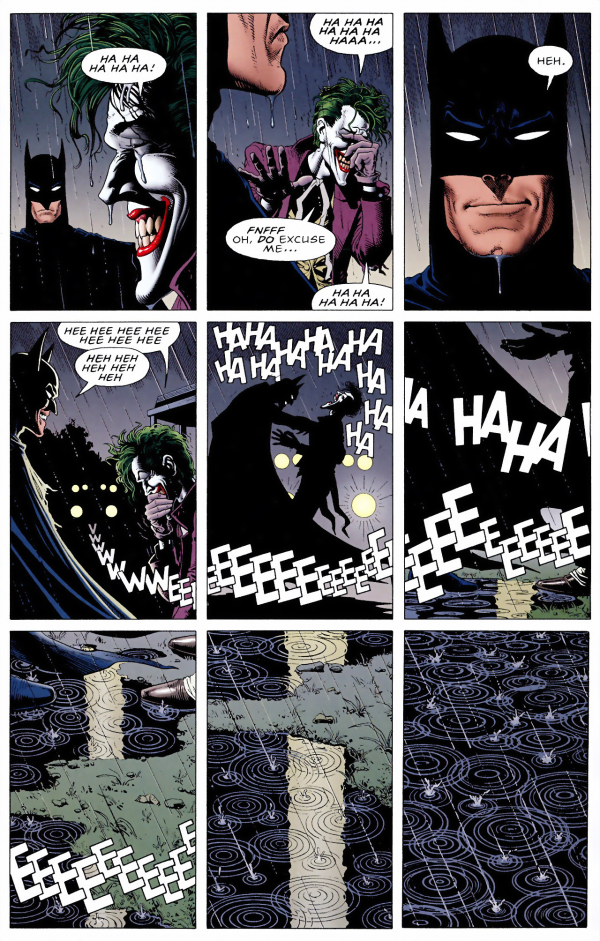 There has been much fuss over this since the story took over the net yesterday. Then the script was shared which has gotten a healthy amount of notice and puts an end to this debate over the ‘Did Batman kill the Joker?’ question. As can be seen in the actual script, Batman does not kill the Joker… so where did Grant get this from or is it just a situation in which he misinterpreted the source material?

Or was this just a simple publicity stunt? 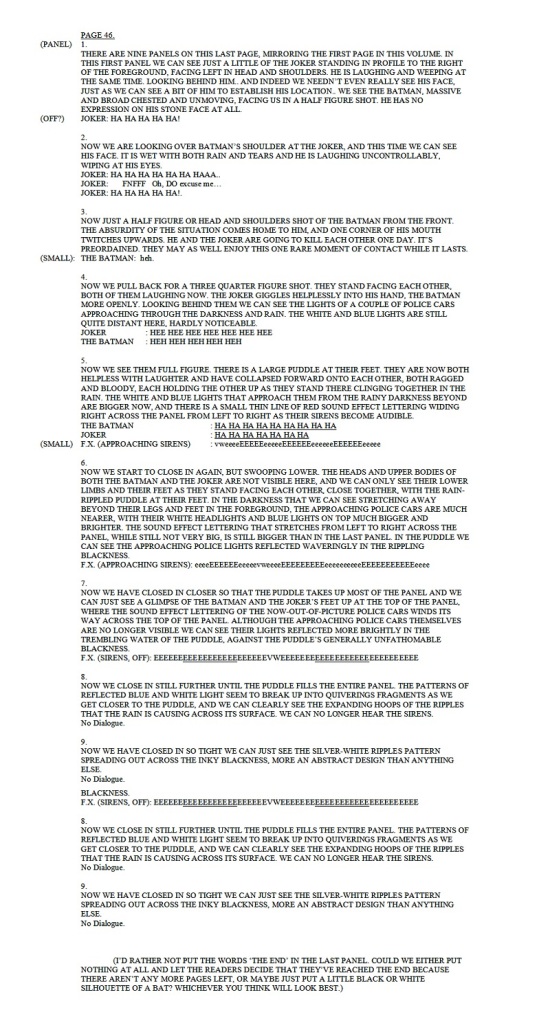 This just in via the streaming live blog coverage of the San Diego Comic Con, Marvel Comics now owns the rights to the ground-breaking UK superhero series by Alan Moore and later Neil Gaimian… Marvel Man (AKA Miracle Man).

Almost unknown in the US, Marvelman was a British answer to Captain Marvel of Fawcett Comics fame (and was even initially named Captain Marvel!) published by Mick Anglo.  Young Micky Moran received atomic powers from a strange physicist (but aren’t they all?). By reciting the magical word ‘Kimota!’ he would transform into the superpowered being called Marvelman. Later teaming up with Young Marvelman and Kid Marvelman (you can see why they got sued by Fawcett), the series ran with some success but is known today thanks to the intervention of the king of post-modern comics.

Brought back to life for Warrior Magazine by Alan Moore  (who would later gain critical acclaim for writing V for Vendetta, the Watchmen, From Hell and Swamp Thing), the new version of  the superhero was a more sophisticated take on the genre than readers had ever seen before. Finding new meaning in the original ideas the new Marvelman comics used the fusion of alien and human biology as the basis of its hero rather than magic or atomic energy. Utilizing the innocent original comics as a fake memory implanted in Micky Moran’s mind, the hero discovered the truth and even encountered a socipoathic killer Kid Marvelman as a nemesis. On the flipside of things, the comic also featured the first graphic depiction of childbirth I have ever seen as the first superhuman baby was born.

After Alan Moore left the character, relative newcomer Neil Gaiman took the reigns with artist Mark Buckingham. Reprinted in the US as Miracleman by Pacific and Eclipse Comics, the series fell out of print as the many publishers that held these adventures went out of business.

The rights of the material have kept these hard-to-find comics from seeing the light of day. A brutal legal battle errupted in 1996 between Neil Gaiman (who owned a ‘portion’ of the character through a gentleman’s agreement with the publisher) and Todd McFarlane who had visions of action figures and battles with Spawn in his head. Nothing much came of it and the Marvelman comics remained a kind of cult comic book that only a select few had read… until now.

At the 2009 San Diego Comiccon today, Editor-in-chief Joe Quesada revealed a hidden Marvelman T-Shirt and announced that Marvel now had the rights to Marvelman. Marvel Comics has apparently come to an agreement with Mick Anglo and are planning some earth shattering comic books, hopefully including the reprints of these classic comics.

Make no mistake, this is huge news that has been coming for many years.

Viewed as the maestro of the comic book medium, Alan Moore came from somewhat inauspicious beginnings on 2000 AD strips. In fact, were it not for DC Comics tapping him to revamp their Swamp Thing series, the writer may have never gained such acclaim as he has today. Alan Moore has been referred to as the best artist of our generation in any medium… which Moore himself would certainly question. His taste in jewelry may be remarkable and his collaboration with David J of Love and Rockets interesting, but I have yet to see him dance or sculpt. 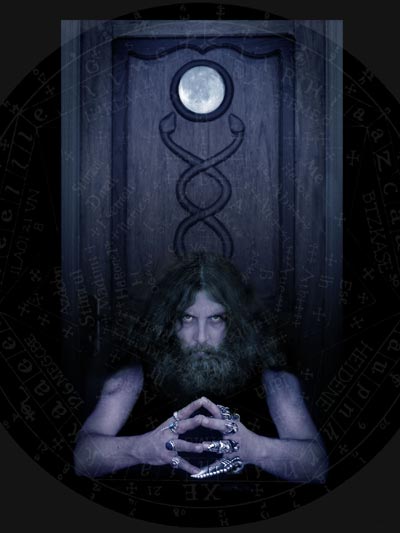 It is of course his career-making Watchmen series that made him the super star of the 4-color world, which makes this video that much more interesting. The first major post-modern comic book series that placed super heroes in the unflattering light of critical examination, the world is just months away from seeing a feature film version. But in this 1985 appearance, Alan Moore is still awaiting the release of his maxi-series in monthly form and more interested in sharing his mammoth scripts.

So take a break from your busy Sunday and visit with the once humble and unknown Alan Moore, funny book writer.