Long before the Marvel Cinematic Universe and before Netflix, there was a time when comic book movies were kind of awkward.

The studios at the time had a hard time accepting funny books as marketable properties, the special effects weren’t really sophisticated enough to portray the colorful explosive world of comics and the audience base wasn’t proven. You could point at the 1989 Batman movie as a success and proof that superhero movies were an important money-making thing… but so much money went into that project that I cannot imagine many other studios wanted to go that route.

Back in 1994, Marvel Comics wasn’t the entertainment behemoth that it is today. This is how the film rights for the Fantastic Four were obtained for not much money for a low-budget flick. Roger Corman, renowned for his ability to create motion pictures with shoestring budgets and limited resources, was hired to make it work for about a million bucks.

The cast and crew publicized the movie. A teaser was shown at the San Diego Comic Con. A premiere date was set. But the movie was never released. Why?

To my knowledge, the film was never intended to be seen and was only made in order to retain the rights. Nevertheless, it got out and has been circulating for years on the black market. Heck, you can even watch it on youtube! 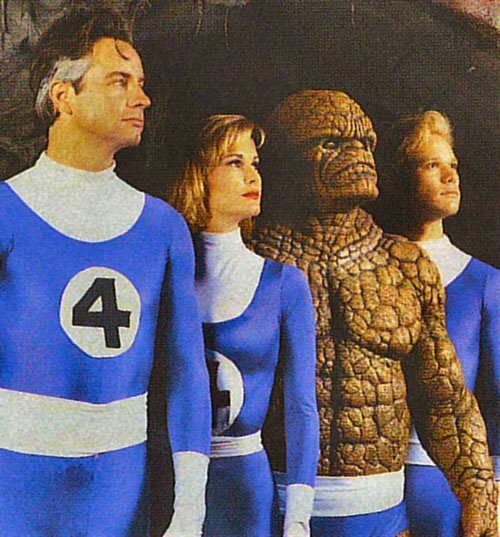 The movie is a loose adaptation of FF#1 by Stan Lee and Jack Kirby and retells the origin of the team and their development into superheroes. It also shows Victor Von Doom and his descent into… doom-os-ity. All things considered, it’s not that bad and has a certain charm. The special effects are inspired and, given what they had to work with, impressive.

But remember that this was a different time. With the exception of the Mask, there really wasn’t the same kind of attention going to this kind of thing. While most of the cast do a serviceable job with what they have (I’m partial to Philip Can Dyke’s Johnny Storm), there are some who take some liberties… The performance of Joseph Culp as Victor Von Doom has to be seen to be believed. My best guess is that he was trying to recreate the dynamism of Jack Kirby’s artwork but it’s just so bizarre. And don’t get me started on the ‘Jeweler.’ 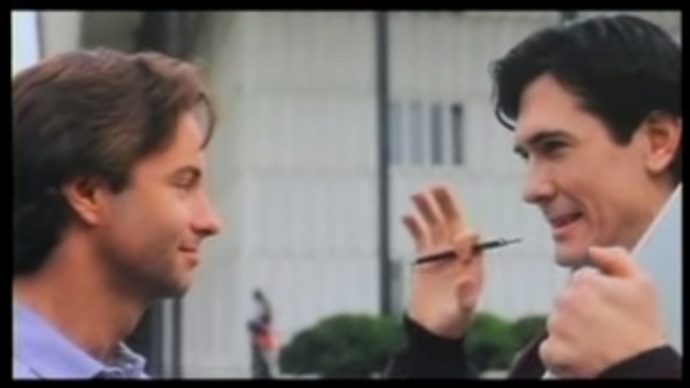 In this scene, Victor’s hand lingers in the air like a werewolf attack then lands on Reed’s shoulder as a sign of affection

The movie is an odd one for sure, and shrouded in mystery and rumor. The story behind the movie is far more interesting than the movie itself (though DO watch it some day) as the upcoming documentary DOOMED! will show. Apparently, Avi Arad got so nervous about the movie hurting Marvel’s reputation, he purchased the rights back and had the negatives destroyed.

However… it’s still out there. And the story behind this enigmatic and weird movie will finally be told. Interviewing cast and crew members, DOOMED! will explore the mystery behind the world’s obscurest comic book movie that was never seen (legally).

Bonus! Here’s an image of the Thing from the upcoming Josh Trank (Chronicle) Fantastic Four movie.