Wonder Woman is without a doubt one of the casualties of modern comics. Everyone knows who she is, everyone loves her… but there are so few stories that you can point someone toward. There’s the Perez run of course and everyone knows of the Lynda Carter TV series… but that’s almost it (I do like the Byrne run, there are some interesting moments with Phil Jimenez and the Rucka material is worth looking into). Even though Lynda Carter is the iconic representation of Wonder Woman, the program itself is all but unseen.

So… here’s something even more obscure, a precursor to the Lynda Carter Wonder Woman starring Cathy Lee Crosby as a crime-fighting heroine (who bore a passing resemblance to the comic book character). 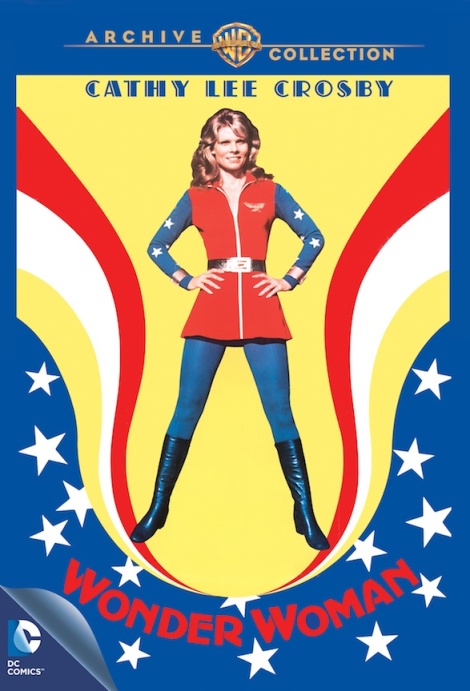 Before Lynda Carter took the heroine back to World War 2 for her “New, Original” incarnation in 1975, statuesque tennis pro-turned-performer Cathy Lee Crosby swung the magic lasso in a very different TV incarnation of WONDER WOMAN. As developed by scribe John D.F. Black (Star Trek, Shaft), and seemingly influenced by her recent turn as a mod, cat-suited crime-fighter in the pages of her DC Comics home, this Amazon Princess was more superspy than superhero. Still, many of the expected wondrous elements from bracelets and lassos to Paradise Island and invisible jets all make an appearance, albeit with a sleek, seventies espionage super-action refit. Three years before taking up residence on Fantasy Island, Ricardo Montalban plays laconic lothario Abner Smith, who lurks at the top of the conspiracy to make off with ultra-secret code books – leading Agent Prince to discover an Amazon sister-in-exile (Anitra Ford).

6 thoughts on “Cathy Lee Crosby, the other Wonder Woman”