I’ve actually had the good fortune to meet Grant Morrison in person (ironically along with filmmaker and comic book creator Patrick Meaney). Mr. Morrison is one of the most gifted and polite comic book writers that I have spoken with and he also has one of the most unique approaches to the comic book medium since Jack Kirby. The documentary that Patrick Meaney has filmed explores the writer through his groundbreaking work on the Invisibles.

The film features extensive interviews with Morrison himself, as he recounts his own life story: his early days, growing up in Scotland; the start of his comics career; the crazy years of the ’90s, as his life and his comics became enmeshed; and his more recent attempts to turn personal troubles and social darkness into compelling comics. The film also gives insight into his creative process, including a look into his vaunted idea notebooks.

Complimenting Morrison’s own words are interviews with many of his most important collaborators, including Dan DiDio, Frazer Irving, Phil Jimenez, Geoff Johns, Cameron Stewart, Jill Thompson, Mark Waid, and others. The film is scheduled for completion in mid-2010.

The documentary is currently available for pre-order from SequArt.

Another friend and comic book co-creator also active in the multimedia world is Michael LaRiccia (who provided the excellent story ‘The Last of the Spitting Baboons for Zebra). He has many projects on the shelves right now including a story focusing on the vintage videogame Joust in the third volume of the videogame-themed anthology Life Meter.

Life Meter Comics, the anthology of video-game inspired comics returns, bigger and better than ever!

Debuting at the Small Press Expo will be a limited 1st edition of Life Meter 3! There will be exactly 40 copies, each signed and numbed with an exclusive print by Zack Giallongo! 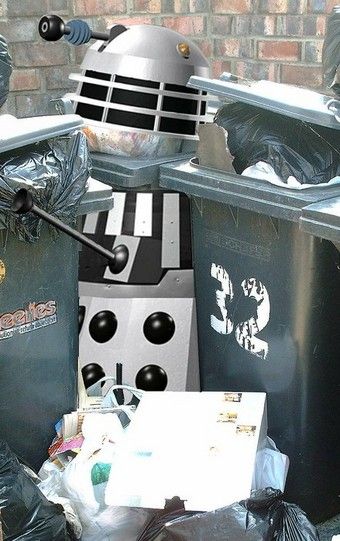 Hilariously #2 is a ‘Doctor-less’ story… ah, fandom. You tickle me.

There are three issues I’d raise with this list:

1. Surely this list needs a face-lift as the same stories are featured nearly every year. Genesis of the Daleks, Caves of Androzani and Talons of Weng Chiang are worthy of praise but… come on!

2. No Hartnell, Troughton ore Pertwee stories? Not one?

3. It also makes no sense to vote for part one of a two part story in the modern program, though I agree that ‘Family of Blood’ and ‘The Doctor Dances’ are both lousy endings to otherwise good stories. Surely that invalidates the nomination, right?

Spider-Man 4 release date, return of Kirsten Dunst and IMAX format all confirmed in one day

Kirsten Dunst Is Back For Spider-Man 4!
http://www.comicbookmovie.com/fansites/LetsCutTheBS/news/?a=10109
Spider-Man 4 Gets Release Date
http://www.hollyscoop.com/movies/tobey-maguire/spider-man-4-gets-release-date_1699.aspx

Spidey is officially coming back to the big screen! Spider Man 4 has finally gotten a release date. According to the Hollywood Reporter, the fourth installment will arrive on Thursday, May 5th, 2011.

And what’s this about Spider-Man and Thor fighting at the box office?

While the fans obviously benefit from a summer filled with superhero smackdowns, keep in mind that Spidey and Thor may live in the same comic universe but have different movie homes (Sony for Spidey, Marvel/Paramount for Thor). In the past Spidey climbed to as much as $400 million thanks to a lack of serious comic character competition. Will Mjolnir manage to damage Peter Parker’s pockets?

It has been interesting and odd seeing Namor become part of the X-Men family. As ‘the first mutant’ of Marvel Comics (stated as a marketing ploy on 1990 for John Byrne’s Namor series) the potential has always existed to fold the Sub-Mariner into the X-books but to finally see it as a reality is bizarre.

MARVEL/DISNEY: I think this is a good thing. Simply because Joe Quesada and I were working at Marvel when they were in Chapter 11 and saw a lot of people lose their jobs and worry about things that were not the content of the books. And with us doing the Marvel Knights line at the time, it was added pressure for everyone. I look at this deal and I see a fantastic future for the characters and the creators to expand and grow with the company. Doesn’t Disney own a few studios and TV channels? Well… I am guessing they now have over 5,000 characters to pick from and develop some cool shows and games and so on and they will need guys like me to help out at some point… at the very least, they will make more work for everyone.

So much for the cabal of supervillains…

The Dark Avengers Meet Their Doom In December
http://www.marvel.com/news/comicstories.9522.The_Dark_Avengers_Meet_Their_Doom

Director Jonathan Mostow Explains the Difference Between Surrogates and Terminator
http://blogs.amctv.com/scifi-scanner/2009/09/jonathan-mostow-interview.php
Awkwardly, I must admit that I only recently discovered this movie but already I am very excited about it. A unique blend of comic book style and sci-fi concept could produce a brilliant flick. Oh and it was filmed in a cluster of depressed mill towns of Massachussetts.

Sources confirm to me exclusively that Smallville has cast Julian Sands (24, Warlock, a million other things) to play a young Jor-El. He’ll make his debut in the November episode “Kandor” when it’s revealed that he arrived with Zod and the other Kandorians.

It is so bizarre to see Julian Sands in anything commercially viable but I’m happy to see the strange actor dip his toes into the world of comic book entertainment. What’s next? Dr Stange? Dr Doom in the suspected Fantastic Four revamp?

tweet from MST3K and rifftrax’s Mike Nelson:
michaeljnelsonRecording Dragon Wars today. And it does indeed feel like going off to war.

A group of excitable, and violent, teens in Panama may have saved our planet from other-dimensional invasion.

According to media reports, the kids were playing in a town north of Panama City when they saw a grotesque, hairless creature emerge from a cave. So what did they do?

Why, they beat it to death, of course.