Almost 20 years ago a phone number was printed in the back of an issue of Batman asking readers to vote on the fate of a Boy Wonder. Introduced in 1940, Robin may not be the first teenage sidekick but he is the model by which all others are judged.

A character for the child readers to relate to, Robin softened the hard edges of the dark knight and lightened the mood of the midnight fisticuffs. Nevertheless, Dick Grayson‘s life was beset with tragedy, his parents taken from him by the same insidious criminal element that Batman had set himself against in his never-ending war. As the years went by, so did Dick Grayson, the first Robin, in age. He had formed his own team in the pages of the hit comic, The New Teen Titans and proven himself to be his own man. Adopting the title of Nightwing, Grayson had surpassed his former role and stepped into the first snug shoes of adulthood.

This left the snug-fitting costume of the Boy Wonder empty. In a 1983 issue of Batman, young Jason Todd attempted to snag the batmobile’s tires and his life was forever changed. Adopting the title of the second Robin, Todd was wilder and more rebellious than his predecessor. A child of crime and squalor, Jason Todd was certainly a maverick and this did not sit well with fans. 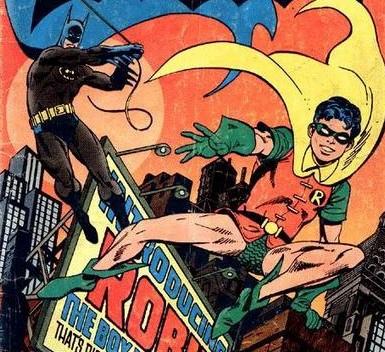 I should note that this is the first character to be altered by a technique referred to today as retro-active continuity whereby the editorial team chose to drastically alter Jason Todd‘s near duplicate origin to Grayson‘s to one that more clearly established something new.

Editor Denny O’Neill stated: “They did hate him. I don’t know if it was fan craziness–maybe they saw him as usurping Dick Grayson’s position. Some of the mail response indicated that this was at least on some people’s minds.”

And so it came to pass that the now infamous story ‘A Death in The Family’ was released, urging readers to put a bullet in Robin‘s head. ‘A Death in The Family’ mainly focused on Jason Todd‘s desperate quest to locate his birth mother. After finally finding her, he is disappointed to discover that she has become employed by the Joker and has sold him out. The surprisingly gritty storyline featured ideas ranging from abortion, tensions in the middle east and the Joker posing as a representative of Iran and thus secured from persecution due to diplomatic immunity. The third issue ended in the to-this-day shocking conclusion as the Joker clubbed Robin with a tire iron, blood flying into the panel from the unseen hero’s face. A villain to the end, the clown prince of crime left both Robin and his devious mater to die from a time bomb. Despite this grisly act, the worst was yet to come.

Readers were asked to decide if Jason Todd and his double-crossing mother were blown to bits before Batman could rescue them.

It’s important to note that this was 1988, light years away from the Internet and instant reader-reaction. The death of a comic book character was one thing, but to publicize the death as being at the readers’ request was something wholly other. As such, the story received major coverage from the press and damning articles for savagery on behalf of DC Comics.

The Mindless Ones have put an APB on the Secret 73 voters, asking who voted for which fate. 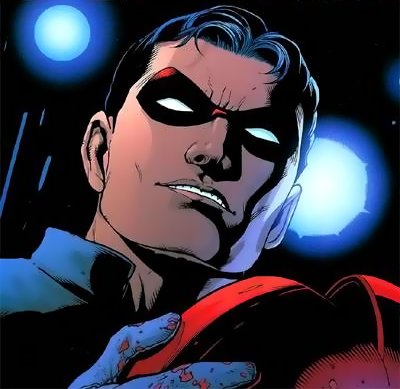 Seeing as how Jason Todd is back in the land of the living, this may seem as unimportant, but keep in mind that 10,614 calls (at 50 cents a call!) were made to decide a life or death situation of a fictional character. Given the spurious nature of the online community these days, this is especially shocking.

So, how do you stand? Do you feel that you have the right to kill a Robin?

Recommended:
Batman: A Death in the Family

Batman: Under the Hood, Vol. 1

Batman: Under the Hood, Vol. 2